Learning Something New While Traveling to Southeast Asia

During Day 4 of the International Business Seminar in Bangkok, Thailand, I had the privilege to meet Eric Hallen. Eric is the retired manager at Rembrandt hotel and one of the things he stated was how Thai people respect everyone. He said, “No matter what job or social status someone has, everyone treats one another with respect”. This statement from Eric helped me gain a new perspective on how other cultures treat each other. This also taught me how specific religions impact how people speak, act, and communicate with one another. For example, when I visited the Wat Pho temple, I noticed how the people of Thailand would put their hands together when greeting one another. To me, this represented peace and a humble way of showing respect through the use of body language. Thailand respects the principles of Buddhism and this religion has taught the Thai people how to respect others, how to be grateful for what they have in life, how to show integrity and follow good work ethics. In addition, Buddhism has helped the Thai people to respect their King because if their country didn’t have a King, they would be a communistic country. 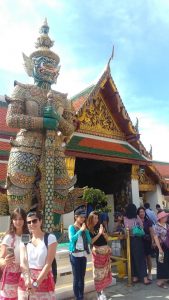 The temples in Thailand were built for Thai people to show respect to their King and Buddha. Thousands of tourists each year come to Thailand to not only view the beauty of the architecture, but to also respect what the Thai people stand for: peace, prosperity, and a reflection of the Buddhist religion. Within these Buddhist temples, you will see multiple statues of Buddha where the people of Thailand put flowers around these statues or you will even see the Thai people praying for guidance or for blessings to occur in their lives. In the Wat Pho Temple, you will find a 60-foot-tall Buddha statue in which the head and the feet of the buddha almost reach the ceiling. If tourists didn’t visit the Wat Pho temple, they will still notice small Hindu shrines by just walking down the street. In the past, the people of Thailand used to follow Hinduism, but a majority of them now follow Buddhism. Thailand is special compared to other Asian countries because they do not judge people from other ethnic backgrounds, however, they expect foreigners to respect their king. A sense of tranquility, gratitude, and kindness can be felt while visiting Thailand and because the Thai people are so respectful of others, foreigners buy houses in Thailand. For example, while I was standing in line at the Los Angeles International Airport (LAX), I spoke with an American man who had married a Thai woman. This American man was extremely impressed with the culture of Thailand and he decided to buy a house there. He frequently visits his home in Thailand because he feels happier in Thailand.

People in Thailand will always smile to those who show respect and those who treat others with kindness. If someone is disrespectful, the people of Thailand will be disrespectful back by pretending that you don’t exist. Positive treatment of one another is highly expected and any other treatment is not tolerated in Thailand. For example, if you show anger in public, the people of Thailand take this as a form of embarrassment and they do not handle anger well. ‘Smiling’ and learning how to deal with rough situations in a calm manner is more commonly practiced than getting angry. 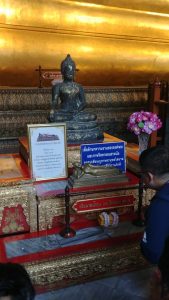 Overall, Thailand has taught me that there are cultures within the world who do respect one another. In America, the citizens do not respect one another and they tend to focus more on themselves more than their community. Even if the ‘idealism’ of treating other cultures with respect is highly encouraged in America, there are people in America who do not follow this. For Thailand, they reach out and help others even if they aren’t Thai. The principles of Buddhism have allowed these people to live in peace and it has taught them how to value life. This new cultural perspective that I gained in Thailand has helped me learn that America also needs to change the way they view one another. Whether someone is working as a janitor or as a cashier at McDonald’s, everyone is contributing to society one way or another. In addition, the people of Thailand work very hard for so little money, but they show more gratitude than what Americans show in everyday life. If more Americans visit Thailand to see how the Thai people treat one another, then maybe- the cultural thought process on how Americans treat each other can change for the better. 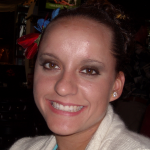