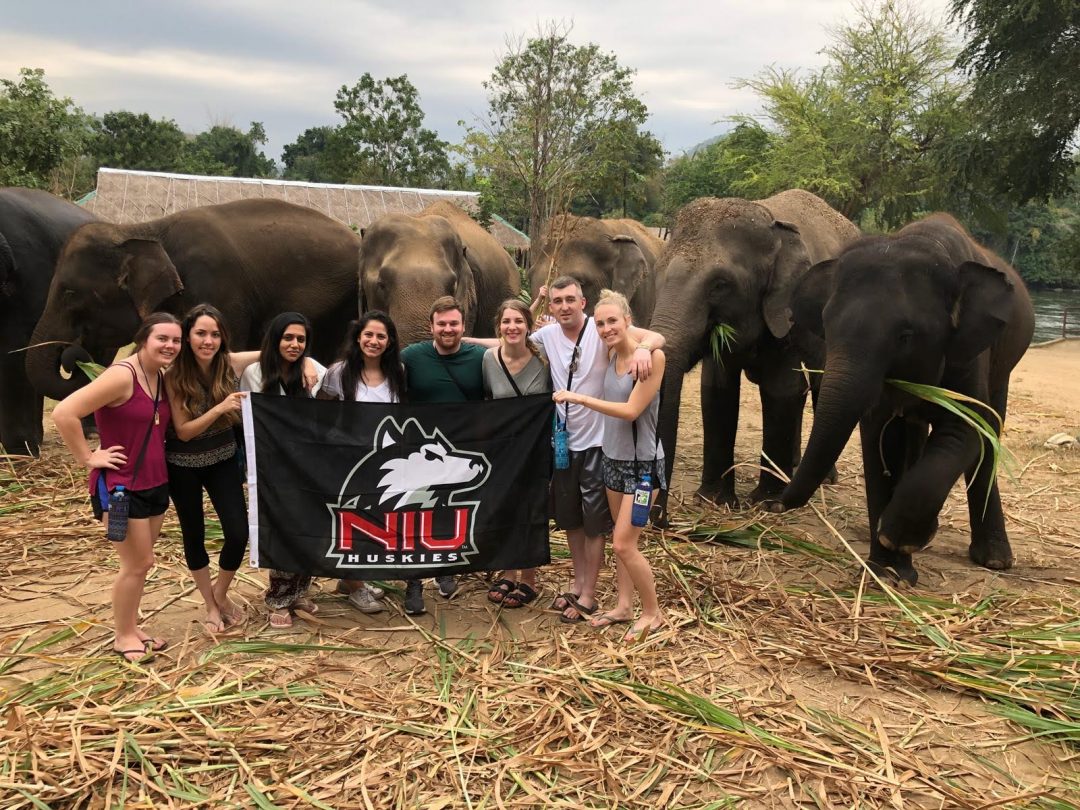 Upon my return to the United States, I have realized that I have changed in a few ways. One thing that I’ve noticed is that I have gained new perspectives and respect for people. People in Thailand especially were so kind and welcoming, it made me wish we could learn something from their culture.

I learned that in the Thai language, there is not a word for “no.” That is not only an interesting fact, but it is very eye-opening coming from a place where no is such a common word. This has made me more aware of how I speak to others, and how I approach conflicts. It has made me notice in a place where confrontation is so common, sometimes it does not lead to the best results.

Another thing that I learned from going to Southeast Asia, is that no matter what your job is, it is important to make a living. Some of these people support their families by selling the craziest things at markets, like popsicles or cards. They work long hours and get their prices talked down by tourists every day. When I learned about their money systems, I was surprised that their middle class makes what somebody in the United States can earn working part-time at minimum wage in only two weeks. This helped me realize that when we try to get lower prices, to us it may be the difference of a dollar, but to the seller, it may be a meal for their family. 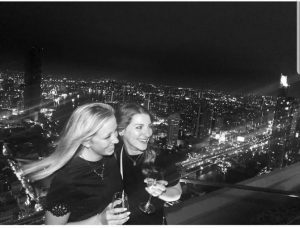 A lot of things between Vietnam and Thailand were similar, however, looking back I noticed how many things were different. It seemed to me like Thailand was more welcoming and had more of a collective culture than Vietnam where it seemed everybody was more concerned with their own interests. These differences are mostly surprising because these countries are in such close proximity to each other, being only a 1.5-hour flight apart. These differences, looking back, helped me to appreciate the order in which the seminar took place. I believe going to Vietnam first would have made culture shock come on a little bit stronger.

With that being said, I can conclude that Thailand was my favorite place to travel. I think my most memorable part of the trip was either playing with the elephants or going to the Sky Bar where part of the Hangover was filmed. Both of these events were amazing in their own ways.

For the elephant trip, we traveled by a coach arranged by the concierge. Everybody that came was able to gather food for the elephants, feed them, bathe them, and then swim with them. This was truly a once in a lifetime opportunity.

The other more memorable, yet less time-consuming thing was the Sky Bar. Five of us traveled via one Tuk-Tuk. The ride was very tight, three people were in actual seats, and one other student and I rode on the floor. However, the views from the bar were beyond worth it. Just keep in mind- men must wear long pants, and the drinks are very expensive, but you need a drink in hand to be able to get to the top. The staff is willing to take great photos once you are at the top, you won’t regret going!!!

The Tuk-Tuk is something you have got to do when visiting Thailand, there’s nothing like it back home, and it is also the most affordable mode of transport.

The last thing I want to touch on is the food in Asia. Here, you will find some of the best food ever, but beware if you are sensitive to spicy- chili powder because it is a heavily used spice in Thailand. However, there is nothing that I would not recommend trying. 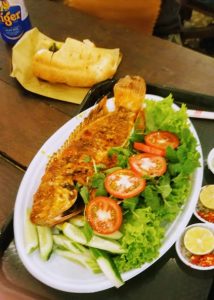 In Vietnam, there are also really great dishes to try, especially all of the street food. There is just one thing to keep in mind: they prepare their food differently than what you may be used to, and it could cause an irritated stomach. This is not a huge issue to worry about, just pack your Tums and you will be fine!

All in all, you only get these amazing opportunities every so often. My last piece of advice to anybody who is planning on making a trip abroad is if you see something that you want to do, do it while you can- regret is the last thing you want to feel upon your return home. 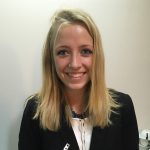