Posted by Lukas Remeika on May 14, 2020 in IBS Student Blogs•Winter SE Asia 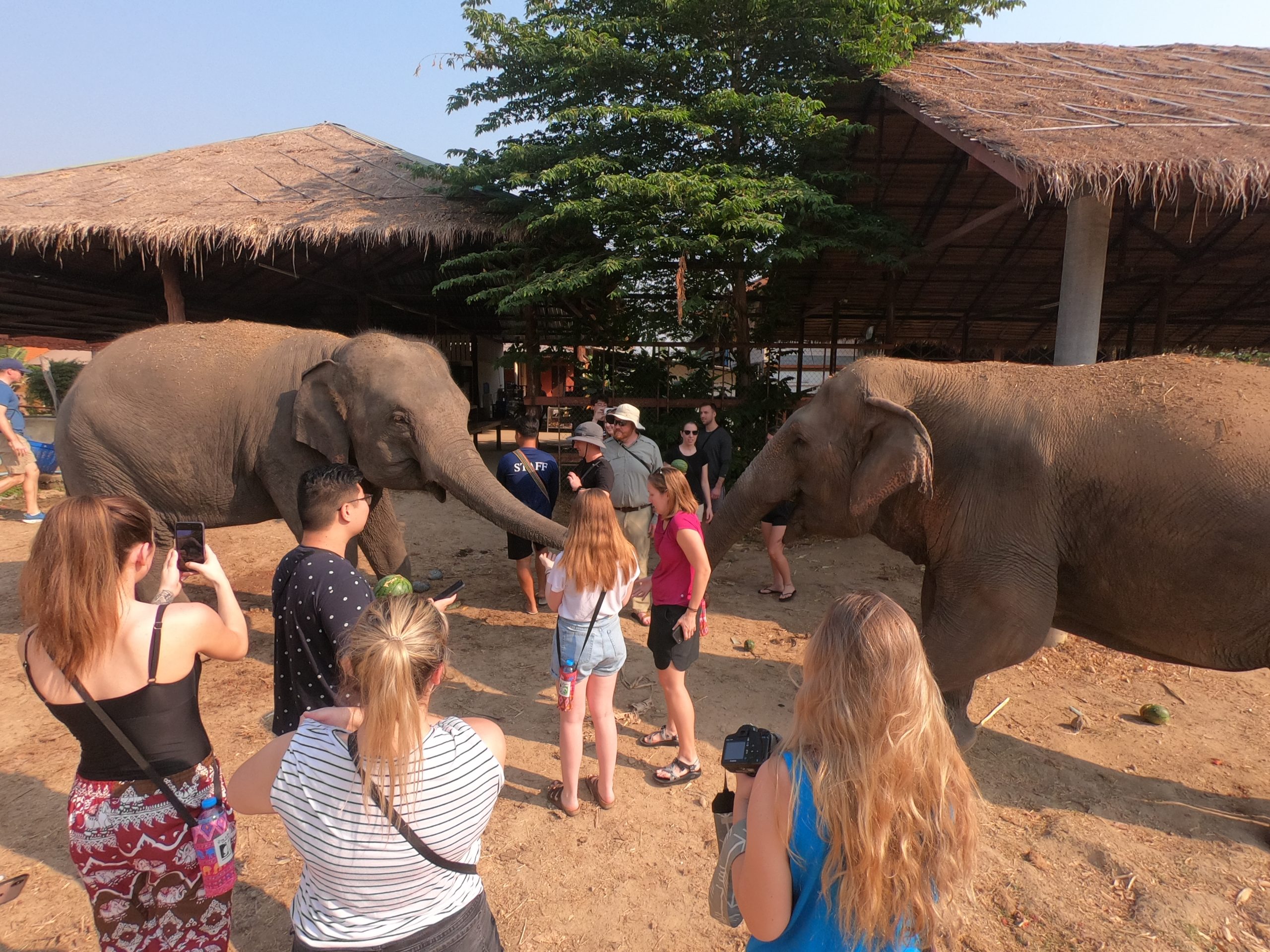 Day six of the Winter South East Asia Seminar was another exciting day within the program where we had the opportunity to decide for ourselves what it was we wanted to learn about and experience. This was the day I was able to take part in something I had never done before; develop a friendship with elephants. 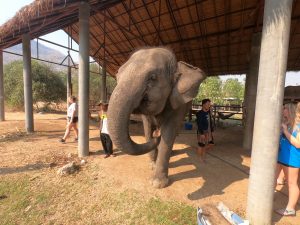 Kanchanaburi, Thailand is home to a self-supporting Environmental Conservation Organization called Elephants World which cares for over 30 elephants that lived through harsh mistreatment and forced labor that all to often goes unnoticed by visiting tourists. Maltreatment and abuse is very common in attraction areas where you can “ride” elephants for pleasure, but thanks to environmental protection agencies and caring staff members, sanctuaries like this provide proper ethical treatment and educational tourism.

The moment we arrived we were greeted by Kanta, one of the younger elephants that were taken into a shelter after being found hungry on the streets. We began by handing watermelons and other fruits to Kanta who was able to tell whether or not the fruit was rotten through the use of her long trunk and incredible sense of smell. Kanta and her friends have a strong sense of smell and are able to detect sources of water that maybe 20 km away and so, tend to be cautious towards what they consume. 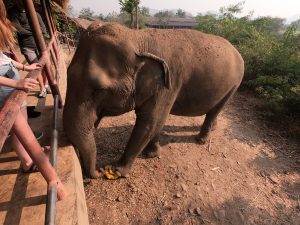 After introductions and our first encounter with some of the elephants, we began exploring the area and the history behind it. Elephants World is located on the banks of the River Kwai and was founded in 2008 by Dr. Samart and his wife Khun Fon. The area is filled with a small community of elephants that seem as though they are on vacation with some of their newly formed friends.

One of the areas we went to was for producing sticky rice balls for some of the older elephants. Here we were given different ingredients, from bananas to sugarcane, for the production of easy to eat food which we fed to the elders. We gathered around the table to mash up all the ingredients while one of the elders quietly approached and patiently stood by us. Once we were done with what seemed like some sort of natural fruit and vegetable cooking dough, the elder was fed directly from our hands in the most friendly and nonchalant way possible. 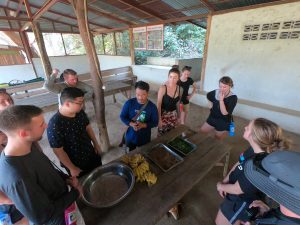 Soon after, we began our way towards the river stream where many of the elephants go to cool down. Elephants don’t have sweat or sebum glands on their thick skin so they rely on mud and water to keep cool. This is where we ended up bathing in the mud with the elephants while they let their trumpets roar. Never would I have thought I would be enjoying a mud bath like in the Disney film “Tarzan” with an elephant-like Tantor.

Towards the end of the adventure we were provided with a large amount of Thai food before our leave and had the opportunity to say our goodbyes while taking a couple more photos and souvenirs as memories of our adventure. The experience broadened my view towards the different environments out in the world that shelter and prosper life. Elephants World is a great example of how we can make a difference not only toward ourselves but to life throughout the world.

We were not the only ones exploring the lifestyle of the elephants and the staff! Throughout the entire day, we were accompanied by one of the many dogs that are also part of the family at Elephants World. Many of the dogs join in when it comes to meeting the elephants and at times, try and have some fun with the elephants as well. 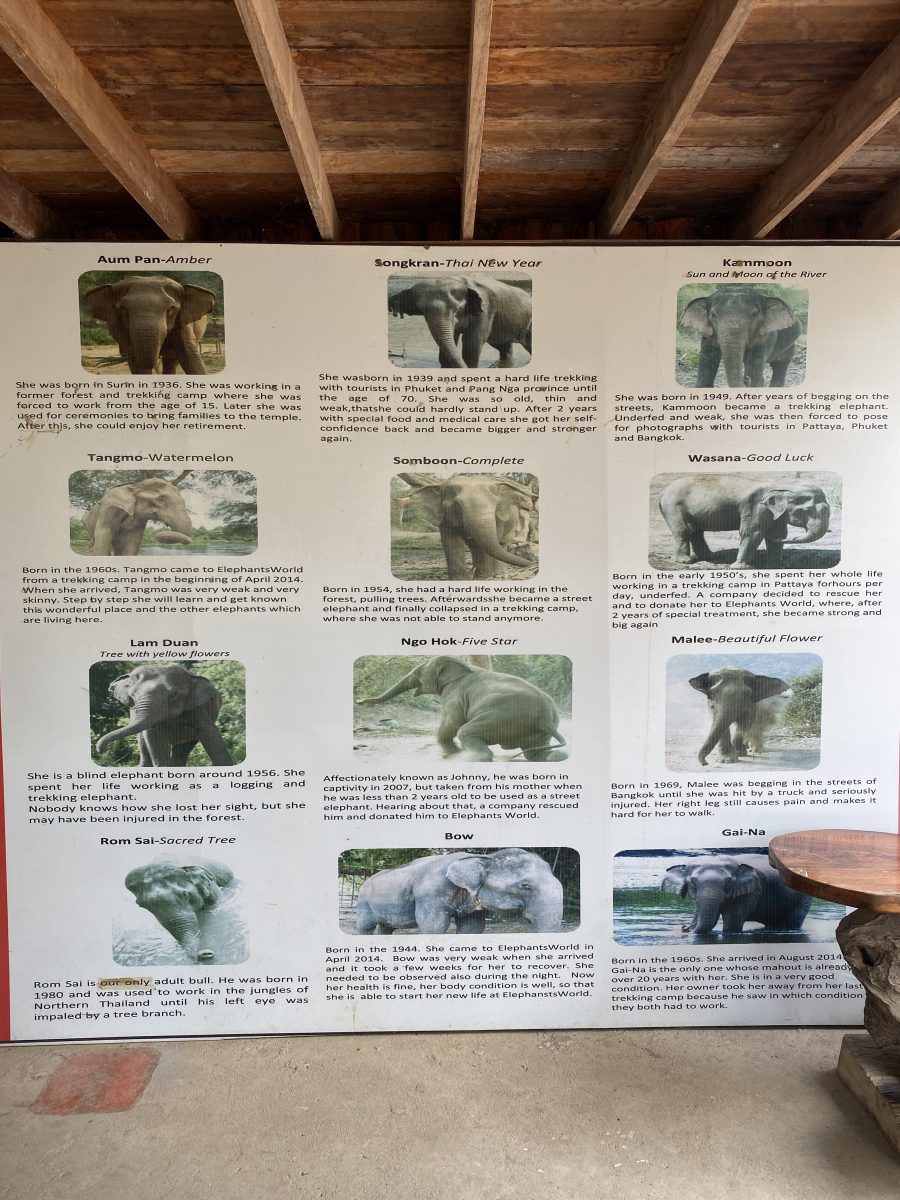 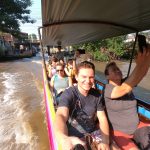 The only way to ever know your limit is by attempting to surpass that limit and explore how much further you will go.