The Peaks of Innsbruck 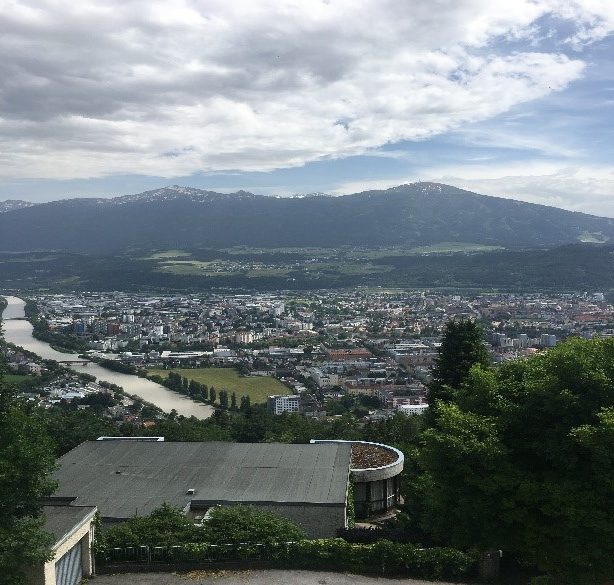 Out of the fantastic six countries I visited on my time abroad, I can say that Innsbruck, Austria won the title of my favorite. The city of Innsbruck dates to the medieval times. You can see buildings dating a thousand years old throughout the city. It is placed right in the Alps and the views are breathtaking. I live in Bozeman, Montana and the Rocky Mountains are not even comparable to the Alps. They are massive, with sharp peaks. It is a surreal look being able to look around this beautiful city and then looking up at the Alps. There was still snow on some of the peaks and we were there in late May. That is how tall these mountains were. It is something everyone should experience once in their life. Everything about this city is magical. The best part was being able to take multiple cable cars to the top.

Best Things to do In Innsbruck

One of the best parts of IBS is being able to travel around the city for free. At each city, we are given tickets to travel around each city using public transportation. This also pertained to being able to ride the cable cars in Austria. The cool thing about Innsbruck, besides the crazy views and atmosphere, would be the fact that everything is so close.

Leaving my hotel room, I only had to travel a short distance to the cable car. Once I got there, I had been informed the first cable car stopped at a zoo. To me, it was crazy that there was a zoo on the side of the mountain. This was a very cool thing to see. While you are looking at these animals, you can see the city below you. After that, the next cable car brought you up to a restaurant. From there you could eat and look at these astounding views. This was a unique experience that you rarely get to experience. Then it was onto the top of the mountain.

At the top, there was even a larger restaurant that looked out at the entire city. The views were breathtaking. You could see the entire city of Innsbruck. I was lucky enough to have clear skies and be able to see everything. It was one of the most beautiful things I have ever seen. To make it to the summit, you had to hike for a little bit. On the way to the top, there were very cool benches where you could look out at the Alps. I was able to see mountain goats ranging up and down the mountain. At the top there was a cross, I found this to be sentimental in a way. Everyone around me was so astounded by everything around them. From this point, you could see the entire mountain range behind you. On the way down, you were able to see even more things that you may have missed. Such as animals and more breath-taking views. Overall, if you find yourself in Innsbruck, I would highly recommend you take the cable cars. 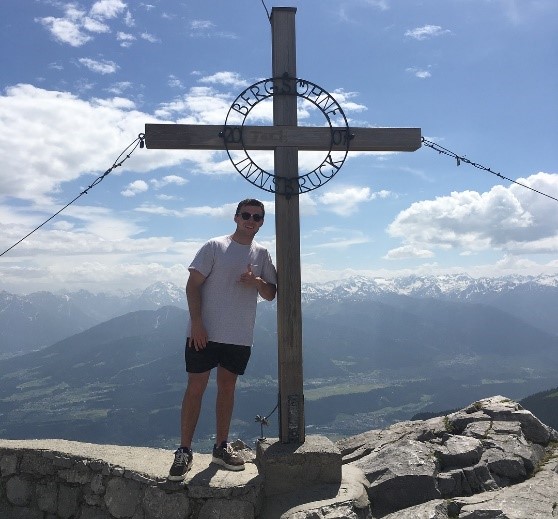 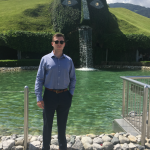 The most important thing I learned during my study abroad is about cultural differences and acceptance, especially in doing business.