Posted by Ashley Ehlers on December 19, 2019 in IBS Student Blogs•Winter One 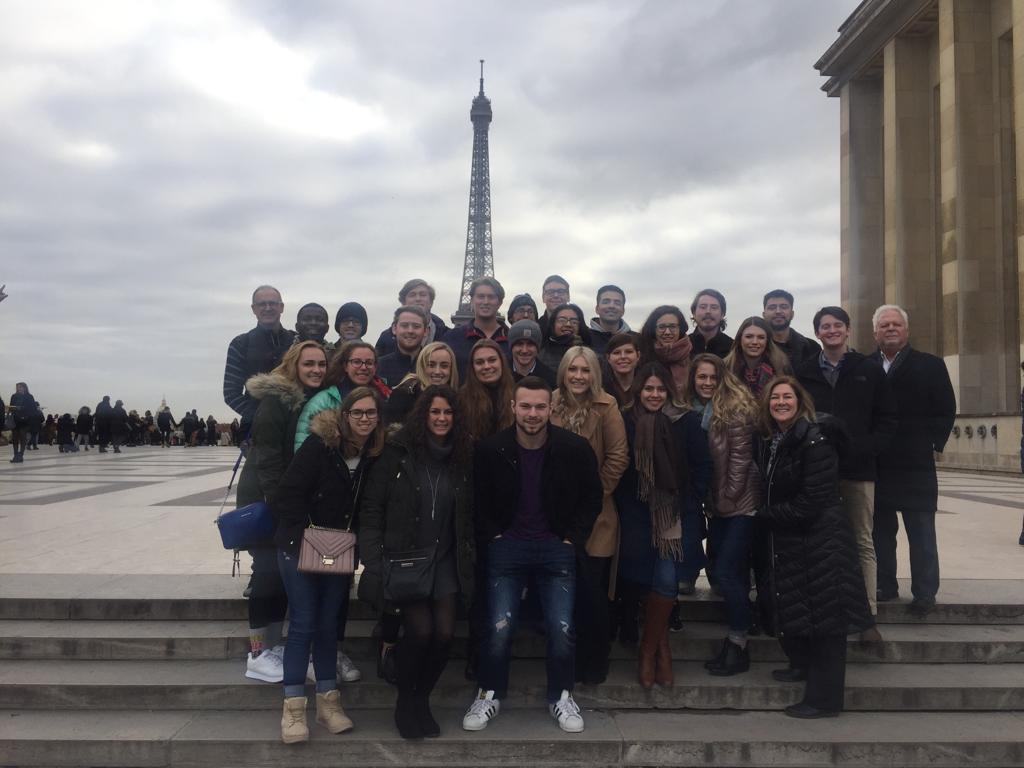 Traveling internationally may seem intimidating. For some, this may be their first time traveling out of the country, or even a first time flying for others. While this is already daunting, add traveling with 20+ other people you have never met before to the list. While this may seem extremely crazy, it was one of the best experiences I’ve ever had in my entire life. While I had been out of the country before I attended this trip, this would be my longest international trip. I was the only one to go from my particular school and the only one from the state of Arizona. I was already at a disadvantage because I was not able to have an orientation session with other students from my school. I was going into this trip hopeful but a little stressed about the unknown. Fortunately, it was a trip I will remember forever.

While keeping in touch with the International Business Seminar’s office they were very helpful in easing my nerves. The office was understanding of my situation and that I was entering this trip alone. They were able to put me in touch with a couple of students so that we could meet before we arrived at our first destination. Through this, I was able to introduce myself to some students and already I felt better about traveling. Being able to get that first introduction out of the way was beneficial. It calmed my nerves about not knowing anyone. Now I would be able to put some names with faces right away. 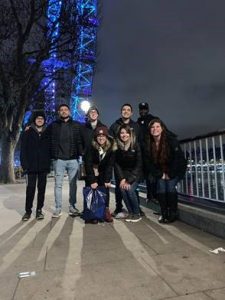 When I arrived in the first country I was able to meet all the others who flew in around the same time. We all went around and did a general introduction of ourselves but we also spent the whole bus ride to the hotel together which was helpful to get to know more about each other. We ate dinner together on the first night and that acted as a perfect ice breaker and everyone’s personalities started to stand out. The first full day we were there we spent an hour going around the room and telling more about ourselves and by this point, everyone was already acquainted and starting to become friends.

What I didn’t realize when I went abroad is that everyone else was in the same position as me. We were all in an unfamiliar country with people we had never met. This automatically gave everyone a sense of similarity as we already had something in common. By the end of the first week, we were splitting into groups to venture to places we all wanted to see. For example, in Paris, there was a group that wanted to see the Louvre and they all spent the day exploring that area together. I went with a group to explore the Palace of Versailles. I spent the day with my group getting to know them and discussing our trip experience and what we missed most from home over meals. Overall, I was pretty nervous to go on a trip like this with strangers, but as soon as I arrived my nerves left me and were replaced with new friendships. I am able to say that through this trip I have met some pretty cool people that I respect. I’ve also made friendships that I know I will carry with me. 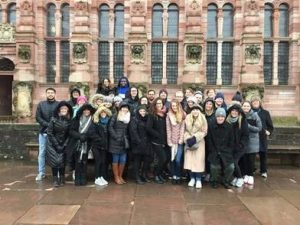 Upon arriving home, I was pretty exhausted. After sleeping off my jet lag I was hit with a wave of emotions. I was happy because I know that my study abroad experience will be something that I look back on forever. I was sad because I realized I wouldn’t be able to see and hang out with all the students I had met on a regular basis. Most of us had decided to keep in touch and we exchanged numbers, social media, and linked in accounts. Because I am the only person from my school and state to have attended my particular seminar, I won’t be able to meet up with any students at nearby schools. Some of us did, however, plan to meet up in nearby states. I could definitely see myself and see others making trips to visit new friends in their hometowns and experience new things. Something else I talked about with some of my newly made friends was attending another International Business Seminar Trip together. I was extremely lucky to have been able to go on an international trip with unfamiliar people and to come home with 20 new friends. 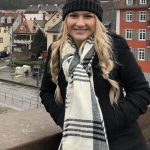