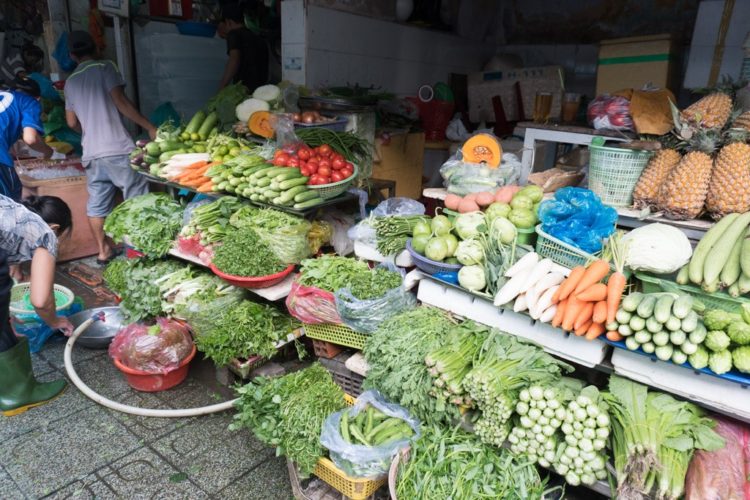 My favorite part of studying abroad in Vietnam was the food! I love how fresh the seafood was. The seafood was killed that day and sometimes even right in front of you. In the picture below you can see just how fresh the fish was when it was killed. You could walk right up to the basket and pick the fish that you wanted to take home and cook.

You could not only pick the fish, you could also pick how you wanted the fish cut. If you wanted a fish that wasn’t already killed, you could pay a little extra and have the fish caught and killed right in front of you. I was just amazed by just how fresh the fish was but that was not the only fresh option. 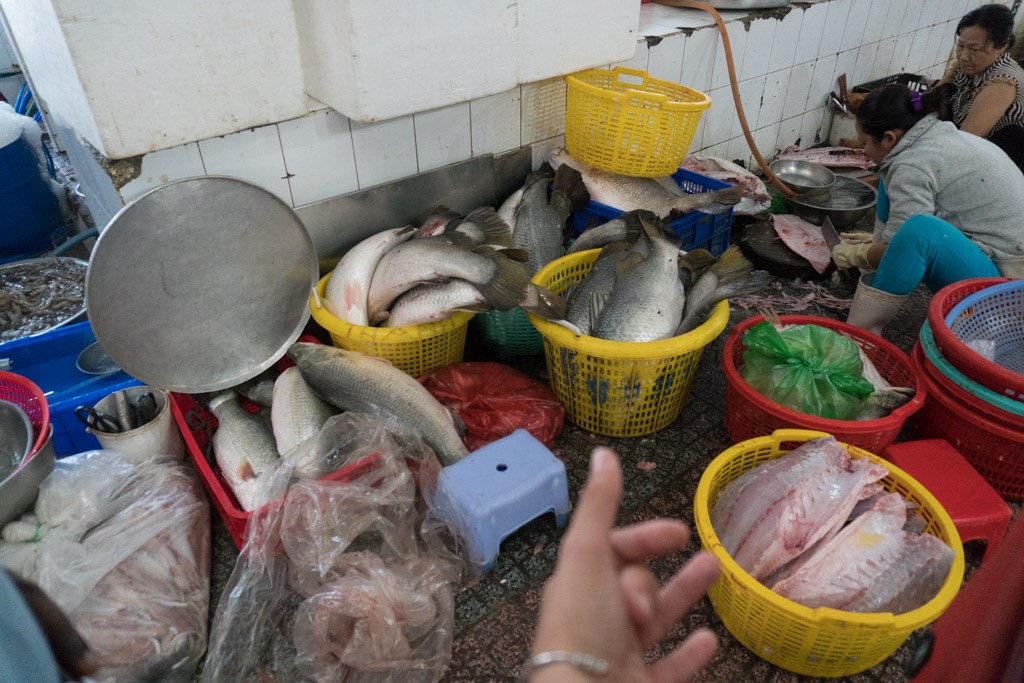 The fruit was fresh as well. I had many young fresh coconuts. Normally I am not a huge fan of fresh coconut, and that was mostly because the only fresh coconut I had was in Costa Rica and it was very bitter. However, the coconuts in Vietnam were very soft, tender, and the flavor was amazing. I could not get enough so I had about three while we were there. The milk inside was also nice and refreshing. I would have eaten more but we did not have enough time to get anymore. In the picture below there is a spoon in the fresh coconut, the inside of the coconut was so wonderfully soft and tasteful. 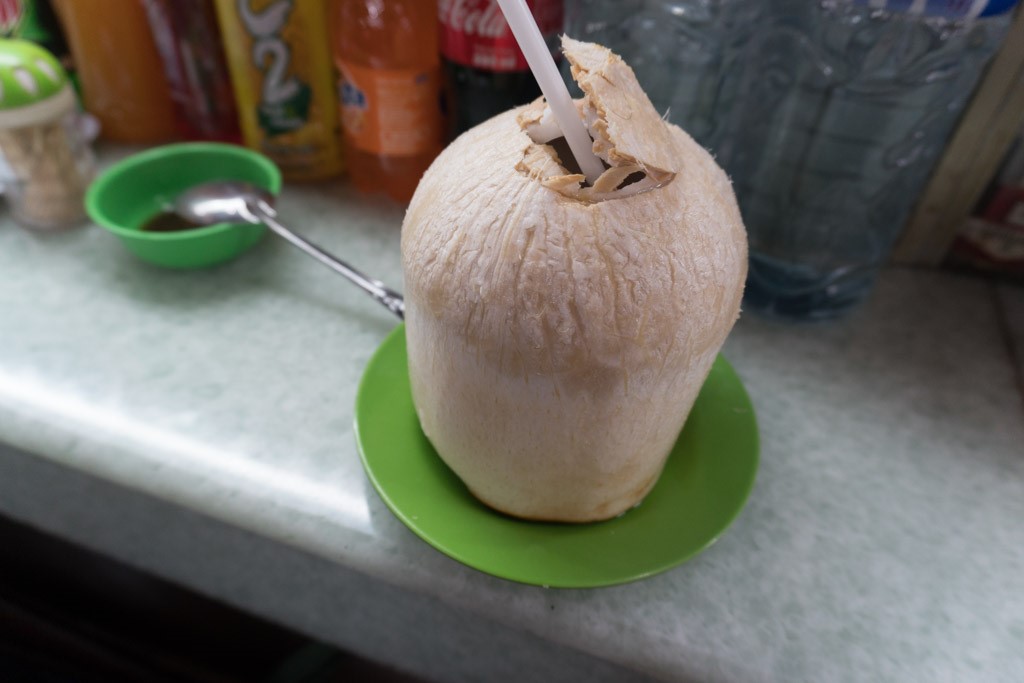 The local’s price can be half as expensive as a foreigner. When I was there I was mistaken for a local, and I even had people walk up to me and start speaking to me in Vietnamese and I had not a clue of what they were saying. But then I would give them a look of confusion and then the store owners would figure out that I do not speak the language and then I would be charged with the foreigner’s tax. I was surprised by how many people thought I was Vietnamese, but I am Chinese. I had never been confused for a different ethnic race. The language of Vietnamese and Chinese sound so different, I was expecting some differences but I was not expecting such a drastic difference.

The food was honestly one of my favorite parts of the whole trip. The food can be as unique as the culture, language, and history of any country.

Why sit in class when you can travel abroad?