Taking Myself to New City Heights 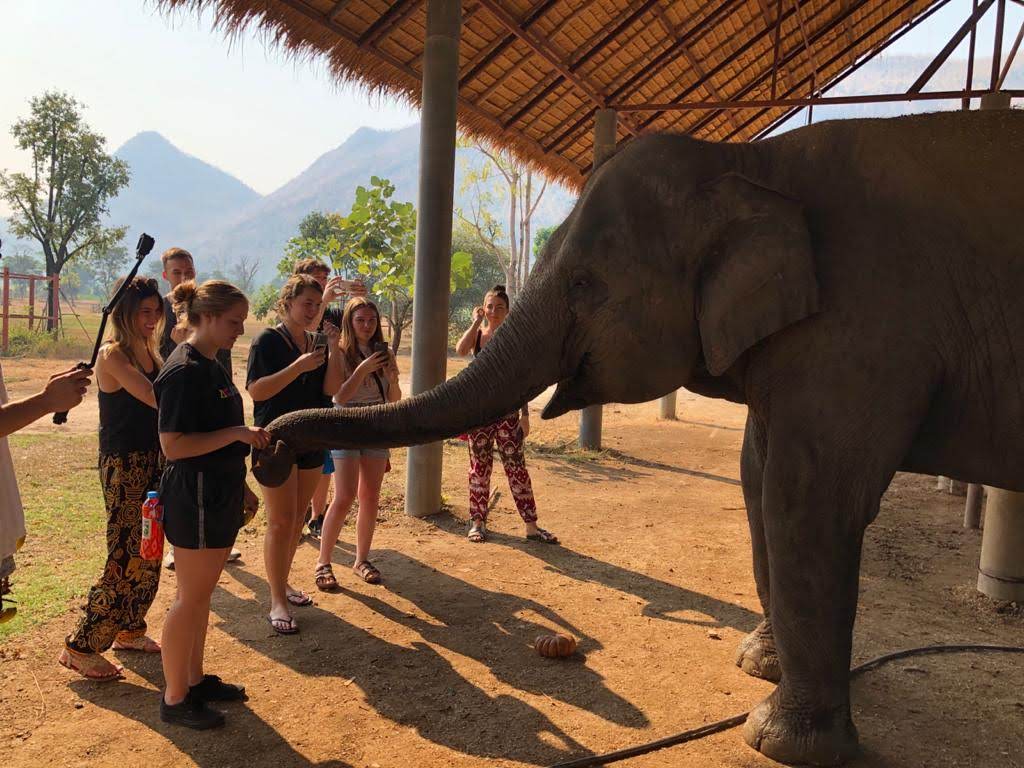 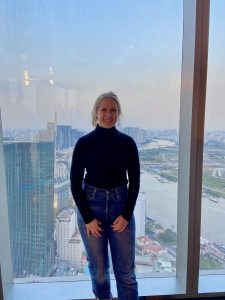 Growing up in a rural town meant I rarely got to see the city from above. I loved looking at the stars at night, and in cities, light pollution prevents this from being possible. However, despite this being a major drawback while staying in Thailand and Vietnam, I found myself in awe over the sky rise views. I never thought I was going to admire the amount of landscape one can see from a 50 story building. If you had a fear of elevators, this would not be the type of activity to engage in. Elevators went up so many stories I occasionally felt my ears pop and my stomach drop from the rapid change in elevation. However, once I got up to the top, it was immaculate.

Watching the pedestrians roaming the sidewalk, seeing the cars traversing the roads, and looking down to view how the rivers intersect and split the city revealed how intricate the layout of the city actually is. Each city is a complex network of buildings that must operate within a small space, capitalizing on this space, and providing resources to its consumers, the everyday man, and woman. While abroad, I grew fond of being able to take a break and experience the country from a birds-eye view and admire from afar. Inside some of the tallest buildings of the world, my senses were not overcrowded by the noise, the smells, and the sights, which were astonishing at times, but could be overwhelming at other moments. From the sky rises, I could commend the city for the wonders it holds without being lost in the chaos of the streets. 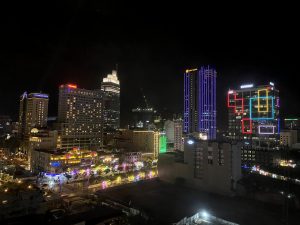 Every night it became a goal of mine to view the city from a different rooftop. Banana Mama Rooftop and Kitchen, Saigon City Sky deck, Rembrandt Hotel & Suites Bangkok poolside, the Liberty Central Saigon City Point rooftop bar, and many more. Whether it was to have drinks, eat quality food, or simply enjoy the view of the city at night, each location brought a new adventure. Despite not being able to see the stars that I so dearly loved, they were replaced with the glittering lights and the kaleidoscopic array of lights being cast by the buildings. As if in some kind of competition, each high rise had various light features. Some resembled Tetris games, others simply changed colors.

Most buildings had a rooftop bar, and how could one identify that? Easy. Rooftop bars involved disco-like, rainbow lighting, and some you could even clearly imagine that the music playing was the kind that you feel throughout your entire body. Other rooftops were mellower and had quiet music. Each one offered a different experience. I had the pleasure of watching a couple of friends playing card games over drinks, others engaged in casual conversation, and some folks were there to enjoy the view and cool air from above. 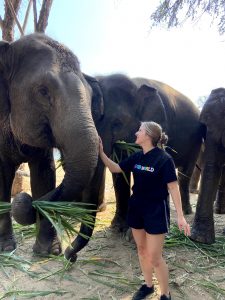 Despite being able to soak in the beauty that the city had to offer from above, I found myself treasuring the experiences that I had on a ground-level even more. One particular destination I am grateful to have visited was the elephant sanctuary. Driving two and half hours to spend nearly a full day with these gentle giants in a rural, undeveloped area felt more like home than anything else. Standing in the river and watching the elephants throw themselves into the current without any concern and hearing them blow their trunks was incredibly grounding. It was humbling to see these magnificent creatures that were used and abused now placed in an environment in which they can thrive.

Life may be simple at this sanctuary, but there is a lot of hard work that goes into creating and maintaining that space. A lack of extravagance and constant hustling and bustling does not imply that it is mundane or uninteresting. And although I was unable to see the whole landscape from a birds-eye view, since my entire field of vision was taken over by the sheer size of the elephants, it was still a view worthy of appreciation. I saw less but still felt like I was able to experience and feel the same amount of enthusiasm, if not even more.

Being ground level with the elephants evokes emotions of home and comfort. I was nervous to be around these giants, but at the same time, it was heartwarming. They contain so much power, yet only utilize it when the circumstances require them to. They are intelligent, beautiful beings, and no city experience could replace the value that the rural territory holds. 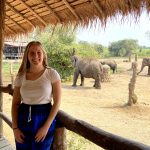