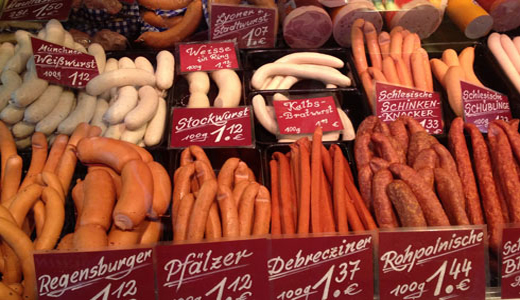 Germany is known for their traditional cuisine around the world. The most well-known German cuisine is wurst, also known as German sausage. From Bratwurst to Weisswurst, German cuisine goes far beyond sausage. Many German dishes are rich, hearty, and make great comfort food.

Whether you’re studying abroad or traveling for fun, trying new foods is a great way to experience German culture. Here are a few of the most common dishes and beverages in Germany:

German Dishes To Try While Abroad 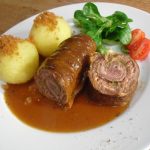 This typical German food involves wrapping thinly sliced meat around a filling of bacon or pork belly, chopped onions, pickles, and usually mustard. The dish is then browned and simmered in broth. The mixture changes between regions and it is common to serve this dish with gravy, dumplings, mashed potato or blaukraut (cooked red cabbage). 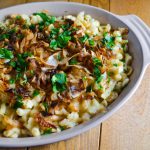 Käsespätzle is soft egg noodles topped with cheese, similar to macaroni and cheese. Sometimes this dish is served with roasted onions too. 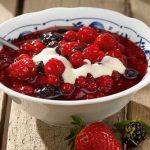 Rote grütze is a red fruit pudding that is a popular dessert in north Germany. It’s made from black and red currants, raspberries, and sometimes strawberries or cherries. The fruits are cooked in their juice and thickened with a little cornstarch. It’s usually served with cream, milk, vanilla sauce or ice cream. 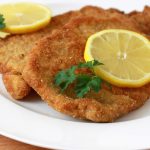 A schnitzel is a thin, boneless cutlet of meat which is coated in breadcrumbs and often served with a slice of lemon. There are a variety of schnitzel choices such as veal, chicken, and pork.

German Beverages To Try While Abroad 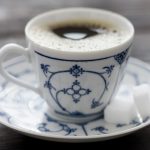 More than 1,000 flavors and over 60 acids characterize the unique taste of German coffee. The unique tastes are due to the careful selection of the coffee beans and the manner in which the beans are roasted, ground, and packed. 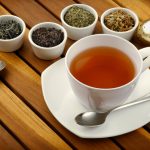 Both black tea and fruit tea are popular in Germany. The most popular types of fruit and herbal teas are chamomile, fennel, rosehip, and peppermint.

A bowle is a cold mixed drink. The most well-known of all bowle is the Maibowle, which is flavored with wood-ruff. A punsche on the other hand is a warm mixed drink.