Abroad on a Budget

Posted by Julianne Weger on November 4, 2016 in IBS Student Blogs 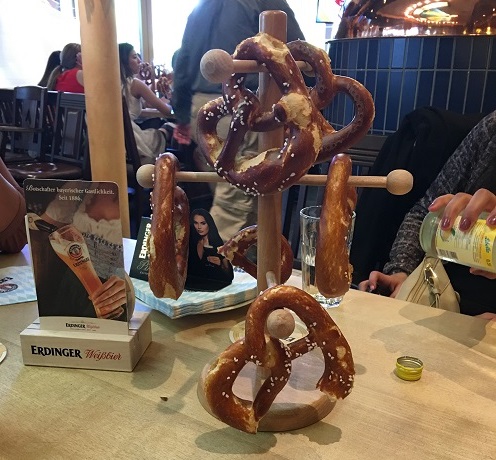 Let’s cut to the chase and talk about one of the most stressful things about studying abroad: money. I am very thankful to have parents that have always encouraged me to study abroad and were willing to cover the majority of the cost for the trip, but all of my spending money and some of the trip cost was on me. Looking at the break down of costs per day on the information packets IBS provides is a little intimidating, so I’m here to speak from my experience with money while studying abroad with IBS.

First things first, start saving now!! I went on the Summer Europe trip and started putting aside money as early as October before my trip. Believe me, sometimes it was hard to pass on doing different things in the months leading up to the trip because I knew I was saving money, but I promise you would rather miss out on things at home rather than miss out on things in Europe.

Another key aspect of saving money while studying abroad is figuring out what you want to spend the majority of your money on. So basically, are you the type of person that wants to dedicate most of his or her money on food? (AKA me), or would you rather spend money on shopping or different activities? I think it’s easier to plan this out beforehand so you already know where you need to be more cost conscious. I think one keynote is that while studying abroad with IBS you pay for the majority of your meals, so this can add up by the end of the trip.

What to Expect in Each City

For the Summer Europe trip, we went to Munich, Germany, Innsbruck, Austria, Verona, and Venice Italy, Geneva, Switzerland, Dijon and Paris France, and London, England. I’m sure everyone had different experiences, but I found the cheapest cities were Munich and Innsbruck.

In Munich, I was able to buy huge glasses of beer for about 3 euros, and gelato in Innsbruck was 1.50 euros. As in every country, prices of meals depends on the type of restaurants you’re going to, and I mainly went to more casual restaurants where I knew I would be able to find something not extremely expensive to eat.

I found Geneva and London to be the most expensive cities. Meals in Geneva were about 20 euros on average, but we were only there for about two days. London uses pounds, and the exchange rate for dollars to pounds is larger than dollars to euros or dollars to franks, so prices were a little deceiving.

Overall, studying abroad on a budget is definitely possible. I think the most important thing is to start saving early and plan out what you want to spend money on while you’re there. Don’t let the fear of money keep you from studying abroad, I promise it’s worth it! 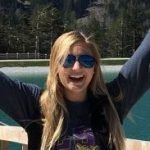